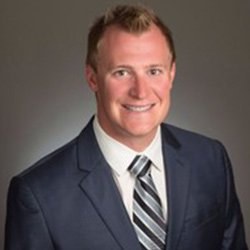 James Bristow, PE serves as President of the Western Region at Universal Engineering Sciences. He was previously a Principal at NOVA Geotechnical & Inspection Services, which joined the UES family of businesses in early 2020. In this role, James oversees operations and UES’s expansion in the Western United States, with locations currently in California and Nevada.

An expert in construction materials testing with over a decade of experience, James has worked with NOVA since 2004. He holds a B.S. and M.S. in Civil Engineering as well as a B.A. in Political Sciences from the University of Nevada, Las Vegas.

In his role at NOVA, James has led the firm’s engineering review and technical oversight efforts on projects of varying sizes including federal, commercial, residential, academic and industrial. These projects include the Las Vegas Convention Center and Project Neon, the largest single highway project that Nevada has ever executed, with 50 miles of roadway and 26 bridges.

Born and raised in Alaska, James moved to Las Vegas in 2003 and worked with Owens Geotechnical in Las Vegas until joining NOVA.